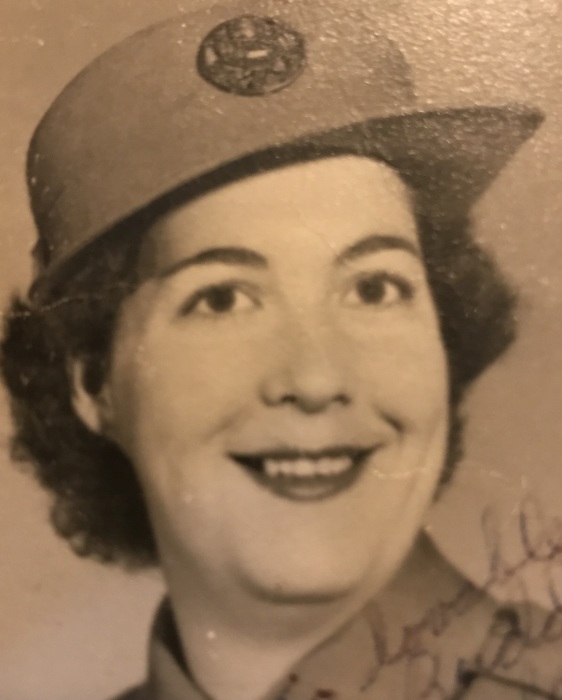 A memorial visitation will be held from 4;30 PM until 6 PM Thursday at the Hagi & Baker Funeral Home.  Memorial services will be held at 6 PM at the funeral home with full military rites accorded.

She was born on March 10, 1937 in Cherokee, North Carolina to Dallas & Nannie (Robinson) Millsaps.  She met Edward Ellek (also an Army Veteran) after arriving on base later that same day at a recruite softball game and ended up getting married 3 months later on October 26, 1957 at Fort Leonard wood, Missouri.  He survives.

Virginia grew up on a small tobacco farm in the Smokey Mountains of Western North Carolina.

She was preceded in death by her parents and 3 brothers, Ernie and Huey Millsaps and Dallas Jr in infancy.

She graduated from Murphy North Carolina High School and then served in the United States Army and trained as a Medical Lab Specialist in Army Medical Service School and Brooke Army Hospital in Fort Sam Houston, Texas.  And from there transferred to USAH fort Leonard Wood Missouri to work as a Phlebotomist.  She had also worked for the J.C. Penney Warehouse in Chicago and in her later years at the local library in Lostant a couple days a week.

Virginia was an avid reader, loved to crochet and do embroidery work and make personalized embroidered greeting cards.  She loved her flowers and enjoyed to work outside in her flower beds.

Memorials may be made to the family.

Online remembrances and condolences and her video tribute can be seen at www.hagifuneralhome.com

To order memorial trees or send flowers to the family in memory of Virginia Ellek, please visit our flower store.