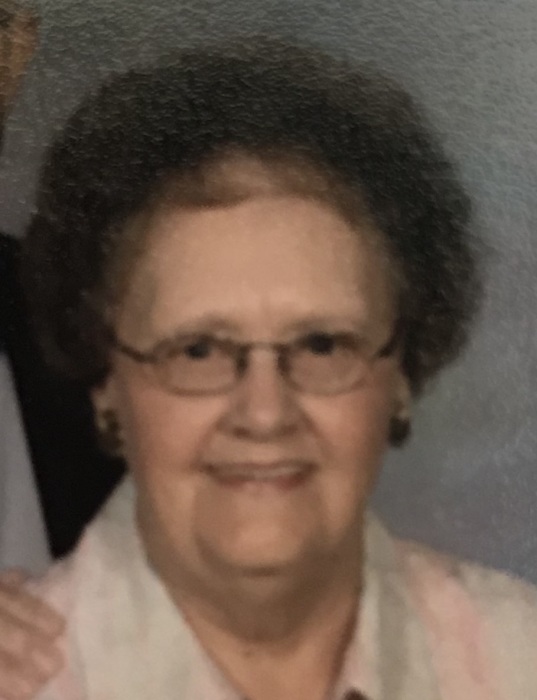 Sally A. Vissering, 86, of Streator passed away at 6:37 AM Sunday (March 3, 2019) at Heritage Health and Rehabilitation in Streator.

A visitation will be held from 3-7 PM Thursday at the Hagi & Baker Funeral Home and also from 10-11 AM Friday at St. Paul’s Evangelical Lutheran Church.

Funeral services will be held at 11:00 AM Friday at the church.  Rev. William Callister will officiate.

She was preceded in death by 2 grandchildren:  Joseph Cinnamon and Matthew Vissering; a son in-law:  Gary Cinnamon and two brothers:  James and Jerry Compton.

She graduated from Pontiac High School.  She was the Vice-President of Glen Vissering Construction working along side her husband.

Sally enjoyed embroidering, making quilts, doing various crafts, crocheting scrubbies and collected Fenton Art Glass.  She enjoyed travelling and camping in their motorhome.  She was very proud of her family and very oriented around her family

Memorials may be directed to St. Paul’s Lutheran Church or the charity of the donor’s choice.

Online condolences may be shared and her video tribute seen at www.hagifuneralhome.com

To order memorial trees or send flowers to the family in memory of Sally Vissering, please visit our flower store.