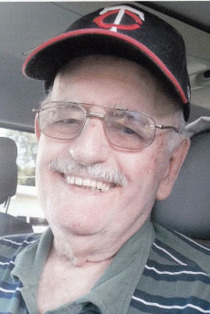 STREATOR-  Roy C. Hollister 85 of  Streator died Saturday morning (Dec. 14, 2013) at St. Mary’s Hospital, Streator.
Funeral services will be held at 11:00 AM Wednesday at Hagi Funeral Home, Streator with Rev. Jerry Haley, officiating. Visitation will be from 4:00-7:00 PM Tuesday at Hagi Funeral Home. Burial will be in Hillcrest Memorial Park Cemetery, Streator at a later date. Full Military rites will be conducted by member of American Legion Post # 217 and Veterans of Foreign Wars Post # 1492 at the funeral home following the funeral services.
Mr. Hollister was born Apr. 16, 1928 in Saybrook, the son of George and Beulah (Hornor) Hollister. He married Ruth Hadley, Sept. 22, 1949 at the First United Methodist Church, Streator. She preceded him in death Nov. 5, 2012.
Roy had been employed in the maintenance department at Owens- Illinois Glass Co. Streator, for forty three years retiring in 1990. He was a member of First United Methodist Church and Veterans of Foreign Wars Post # 1492, both of Streator. He was a veteran of the US Army serving in Korea and also served in the Illinois National Guard for thirty years, retiring in 1985. He attended Saybrook schools.
He is survived by one son, Randall (Linda) Hollister, Streator, two grandchildren, Candis (Bart) Welch, Morris and Randy Hollister II, Streator, great grandson Bart Welch II, Morris and son-in-law, Craig Wilson, Seattle WA.
He was preceded in death by his parents, one daughter, Judith Wilson, one brother, Lincoln Hollister and half brothers, John and George Hollister.
Memorials may be made to First United Methodist Church.

To order memorial trees or send flowers to the family in memory of Roy Hollister, please visit our flower store.