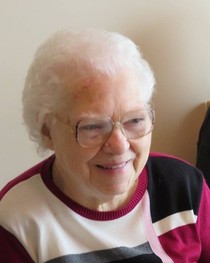 Rosemary Zito, 86 of Streator passed away Wednesday, November 25, 2015 at Parker Nursing and Rehabilitation Center, Streator.
A visitation will be from 11:00 AM to 1:00 PM Monday, November 30, 2015 at Hagi Funeral Home, Streator.   There will be an Eagles Ladies Auxiliary service at 12:00 Noon during the visitation Monday at the funeral home.  Cremation rites have been accorded.  Memorial contributions may be made to the American Cancer Society.
She was born October 4, 1929 in Dwight, the daughter of Edward and Julia (Turner) Nolan.  She married John Zito on August 4, 1951 in Streator.  He preceded her in death on August 23, 2009.
She is survived by two daughters, Cheri (Kevin) Smith of Henry and Pam Taylor of Streator; 9 grandchildren; and 17 great grandchildren.  Also surviving is a sister, Patricia “Patsy” Grandon of Tennessee; and a brother, Francis (Joan) Nolan of New Jersey.
She was preceded in death by her parents; her husband; a daughter, Mary Jo Jennings; a brother, William Nolan; and a sister, Geraldine Garretson.
Rosemary was a former member of the Immaculate Conception Church and a current member of St. Michael the Archangel Parish.
She had worked as a clerk at Kresges, Murphy’s and Ace Hardware, and as a waitress at the Super Dairy.  She was active in the Eagles Club and a former member of the VFW Auxiliary.

To order memorial trees or send flowers to the family in memory of Rosemary Zito, please visit our flower store.