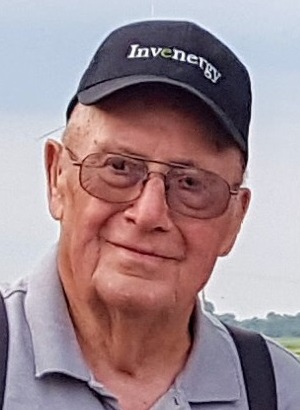 A Memorial visitation will be held from 9-11 AM Saturday at St. Patrick’s Catholic Church in Ransom.

A Memorial Mass will be held at 11 AM Saturday at the church.  Rev. Ghislain Inai will officiate.

Inurnment will be in St. Patrick’s Catholic Cemetery in Ransom.  Honorary pallbearers will be Nick and Kyle LeRoy, Matt, Ryan, Adam and Lucas Armstrong.

He was born on February 22, 1934 in Grand Rapids Township to Lincoln and Mary (Kuhn) Armstrong.  He married the former Ila Mae Shallhammer on November 6, 1954 at St. Mary’s of the Field Church in rural Grand Ridge.  She survives.

He was preceded in death by his parents, a son, Robert Craig Armstrong and one brother, Jack “John” Armstrong.

He farmed all of his life in the Ransom area.

Bob was a 3rd Degree member of Msgr. George A. Dzuryo Knights of Columbus Council #790.  He enjoyed stock car races where he raced his own stock car in Morris and Mazon.

Memorials may be directed to the charity of the donor’s choice.

To order memorial trees or send flowers to the family in memory of Robert "Bob" Armstrong, please visit our flower store.