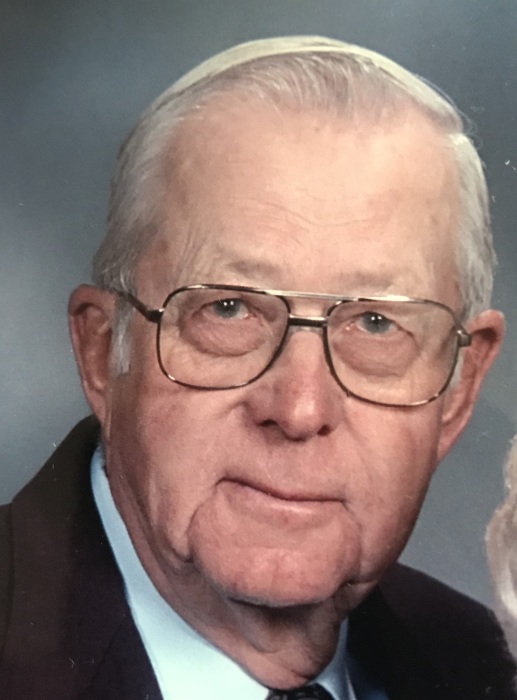 A visitation will be held from 3-7 PM Wednesday at the Hagi & Baker Funeral Home and from 10-11 AM Thursday at the Ransom United Methodist Church in Ransom.

Funeral services will be held at 11 AM Thursday at the church.  Rev. Jonathan Wisdom and Rev. Kenneth Hogren will officiate.

Interment will be in the Allen Township Cemetery with full military rites by Leslie G. Woods American Legion Post 217 and Streator Veterans of Foreign Wars Post 1492.  Family members and friends will serve as pallbearers.

He was preceded in death by his parents, wife and a son, Robert Widman Jr. on February 2, 2015.

He was a farmer in rural Ransom his entire life.  He served on the Brookfield Township Board as a supervisor for many years.  He belonged to the Ransom United Methodist Church, the Ransom Lions Club where he was the chairman of the Hat sales for many years.  He was very active with many Civic and Governmental organizations.

In lieu of flowers memorials may be directed to his church, the Grand Ridge Volunteer Fire Department or the charity of the donor’s choice.

To order memorial trees or send flowers to the family in memory of Robert Widman Sr., please visit our flower store.