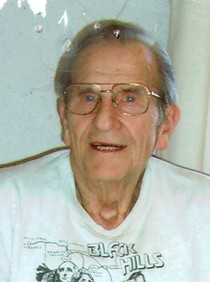 Cremation Rites were accorded and a Graveside service with Military Rites by the Streator VFW will be 11 a.m. Saturday, December 19, 2015 at Hillcrest Memorial Park in Streator with Rev. William Callister officiating. Memorials may be made to a charity of the donor’s choice. Hagi Funeral Home, Streator is assisting the family with arrangements.

Robert was born January 14, 1923 in Loomis, South Dakota the son of Louis and Katie Scheetz Schultz. He married Berneice B. Hansen on June 18, 1949 in Streator, IL. She survives along with one son Robert Schultz of Streator; four grandchildren; and several nieces and nephews.

He was preceded in death by his parents, a daughter Judy, and two brothers Emmett and Junior.

Robert was a member of St. Paul’s Evangelical Lutheran Church in Streator and a life member of the Streator VFW Post 1492. He was a US Army Veteran serving in WWII. He retired from the Thatcher Glass Factory after 43 years of service

To order memorial trees or send flowers to the family in memory of Robert Schultz, please visit our flower store.