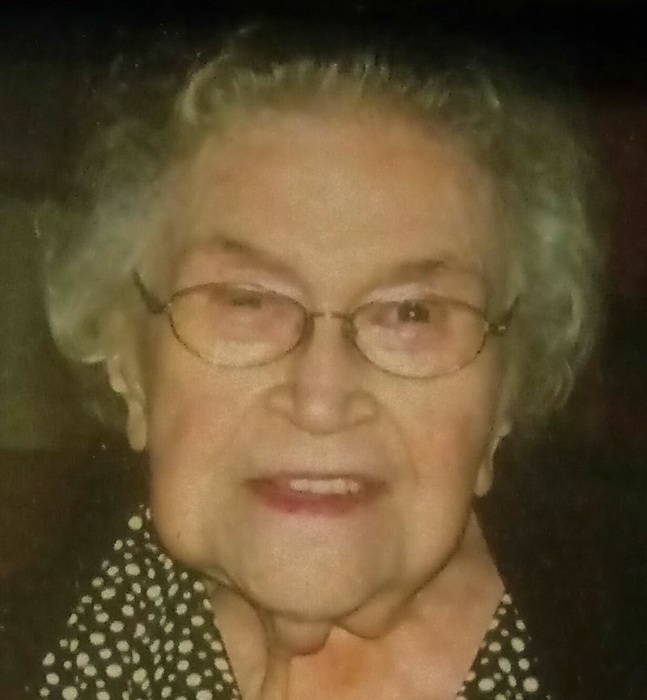 A visitation will be held from 1-3 PM Sunday at St. Paul’s Lutheran Church.

Funeral services will be held at 3 PM Sunday at the church.  Rev. William Callister will officiate.

She was born December 10, 1917 in Varna IL to Frederich Gustav & Wilhelmina Rosina (Majesky) Bade.  She married James Arthur Ross on September 14, 1936 at the rectory of St. Paul’s Lutheran Church in Streator.  He preceded her in death.

She was preceded in death by her parents, huband; a son, James Fredrick Ross and a son, Donald Lee Ross in infancy; 2 granchildren, Terry Ross and Elizabeth Telford and a brother Donis Bade.

She graduated from Varna Grade School and High School and had been a C.N.A. at St. Mary’s Hospital in Streator.

She was a charter member of the Sweet Adelines, was involved with the P.T.A. and was a Brownie Troup leader.

She loved to sew, embroider and crochet.  She also played the piano.

Memorials may be directed to the Ramp Builders through St. Paul’s Lutheran Church.

To order memorial trees or send flowers to the family in memory of Lorene Ross, please visit our flower store.