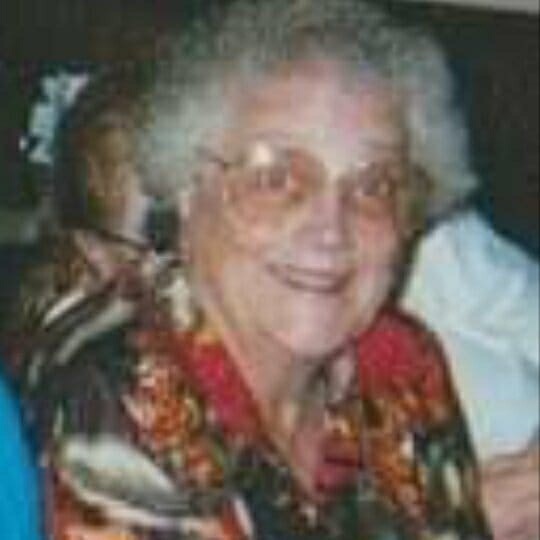 A memorial visitation will be held Saturday (January 13, 2017) from Noon until 3 PM at the Hagi & Baker Funeral Home.

Memorial services for her and her daughter Christina Rose “Chris” Defenbaugh who passed away July 7, 2017 will be held at 1:30 PM at the funeral home.  Rev. Raymond Guthrie will officiate.

Inurnment for her, Christina and Jean’s son, Eric “Rick” Anderson who passed away on June 4, 2017 will be in the St. Mary’s Cemetery in Lacon.

Jean was born on October 7, 1932 in Henry to James Walter & Mary Lallie (Miles) McCauley.  She married Virgil Anderson.  He preceded her in death on February 6, 2006.

She was preceded in death by her parents, husband, two sons:  Eric “Rick” Anderson and Patrick Anderson; a daughter Christina Defenbaugh and 3 sisters:  Marion Merdian, Louise Clay and Peggy Horton.

She had been a cook and a baker having worked at the Knights of Columbus and Grant Street Grocery.

She was a former member of Immaculate Conception Church and now a member of St. Michael the Archangel Church.

She had belonged to the Democratic Women’s Club, the church Altar & Rosary Society, was a C.C.D. teacher for over 25 years and a Eucharistic Minister at her church.  She was also an Election Judge for many years.

She loved to cook and bake.

Memorials may be directed to St. Michael the Archangel Church.

To order memorial trees or send flowers to the family in memory of Lois "Jean" Anderson, please visit our flower store.