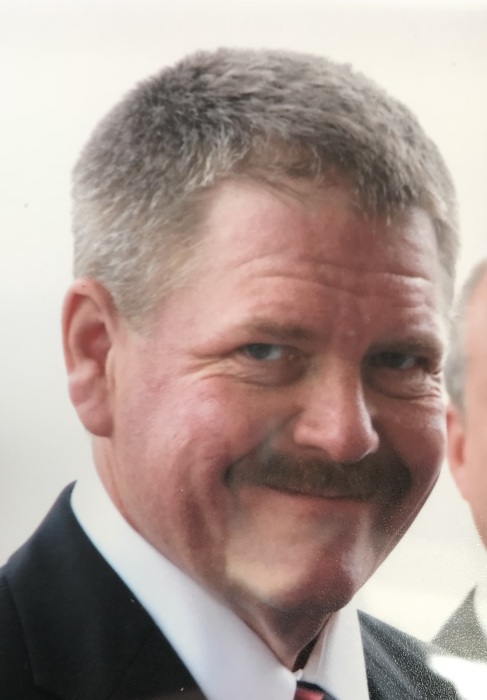 Jon B. Collins, 55, of Streator passed away peacefully at 4:34 PM Tuesday (March 6, 2018) surrounded by his family at Kindred Hospital in Peoria.

A visitation will be held for Jon from 9-11 AM Saturday at the Hagi & Baker Funeral Home with the funeral services following at 11 AM.  Pastor Mike Young will officiate.

Jon was born October 18, 1962 in Streator, the son of Rollie and Sharon (Laidler) Collins Jr.  He married the former Judith Hoyt on August 21, 1993 in Reno, Nevada.  They made their home in Streator that same year.

He is survived by his wife Judith, his mother, Sharon and one brother, Jeff, all of Streator.  Also surviving is his favorite niece, Elizabeth (Chris) Gibson and his nephew Jerod Collins all of Bourbonnais, IL; his best uncle and aunt, Rod and Carol Laidler of Lake City, Iowa.  Also surviving are many cousins and special in-laws.  In addition he is survived by his three kitties, Tiny, Teddy and Corky and his best lifelong friend, “Mikee”.

He was preceded in death by father, Rollie Collins and his maternal and paternal grandparents.

He graduated from Streator Township High School and Goodyear Automotive School in Akron, OH.  He was a guard at Sheridan Prison and retired from Harry’s Farm Tire in Wenona.

Jon was an avid hunter and fisherman.  He loved cruising the Vermillion River in his boat catching snapping turtles.  He also loved riding his Harley.

Jon trusted Christ as his Savior, his pain and suffering are over and he is at peace in the presence of the Lord.

We will miss him so much but rejoice in the fact that we will see him again.

Memorials may be directed to the Pet Project.

To order memorial trees or send flowers to the family in memory of Jon Collins, please visit our flower store.