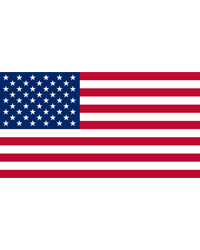 Cremation rites will be accorded.

Memorial services will be held at 11 AM at the funeral home.  Interment will be in Riverview Cemetery with full Military Rites.

The Hagi Funeral Home is in charge of the arrangements.

He was born on April 7, 1940 in Henry, IL to Raymond & Hazel (Estes) Stansbury.  He married the former Gert Cipalo on September 27, 1958 at Holy Trinity Lutheran Church.  She survives.

He was preceded in death by his parents; 2 sons:  Jim Stansbury and Brian Stansbury; a brother, Charles Stansbury and a granddaughter, Isabella Quaintance.

He attended various grade schools including Ancona and graduated from Woodland High School in 1958.

He served in the United States Army in Germany in 1962.

He had worked at Thatchers Glass for 44 years and was a machinist for CMR Machine Repair.

He was a member of the Leslie G. Woods American Legion Post 217, was one of the original members and President of the Roaming Wheels Touring Club and Motorcycle Rider.  He enjoyed working on old cars, trucks and motorcycles and was a handyman who could do anything and was always a perfectionist at everything he did.

He enjoyed watching T.V. especially War Movies or anything to do with the Military.  He was an avid Griller.

In lieu of flowers memorials may be directed to the family.

To order memorial trees or send flowers to the family in memory of John Stansbury, please visit our flower store.