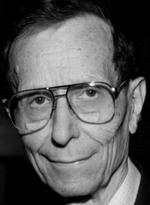 STREATOR-  John Daniel Sepesy was born February 22, 1921 in Streator. He was the son of John and Veronica (Janus) Sepesy. He married Frances E. Poruba on October 29, 1947. She died on September 20, 1996.
Private funeral services will be held at Hagi Funeral Home, Streator. Burial will be in St. Casimir’s Cemetery, Streator.
Surviving are a son, Daniel (Debbie) Sepesy of Bloomington IL and one daughter, Diane Reeser of Normal IL., granddaughters, Sandy (Stacy) Snyder, El Paso IL and Patty Wynn, Bloomington IL., five great grandchildren and two great great grandchildren also survive.
He was preceded in death by his parents, twin brothers, Adam and Bernard and Clarence and sisters Veronica and Marie.
He learned engineering, management, Drafting and Illustration from the U of I.
He worked at the Rock Island Arsenal as a draftsman and Illustrator. He was a clerk in the office of the Santa Fe Railway. At the Streator Glassworkers Credit Union he was treasurer, board member and head of the loan department during his 14 years.
He retired as a draftsman and senior plant technician at Thatcher Glass Corp.
He was a member of the Streatorland Historical Society, the American Truck Historical Society and several automobile design historical groups.
He played the guitar, steel guitar, accordion and piano. He enjoyed playing with the Grand Ridge Blue Grassers and the Tonica and Harding Country Music Shows. He made early disc, wire and tape recordings and collected Gene Autry and other Western and big band records.

To order memorial trees or send flowers to the family in memory of John Sepesy, please visit our flower store.