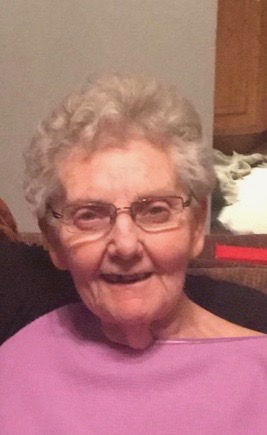 A memorial service will be held at 2:00 PM Sunday, August 30, 2020 at Hagi Funeral Home, Streator, with Rev. William Callister officiating.  Burial will follow at Riverview Cemetery.  Visitation will be from Noon until 2:00 PM at the funeral home.  Cremation rites have been accorded.

Memorials may be made to St. Jude Children’s Research Hospital or the charity of the Donor’s Choice.

She was preceded in death by her parents, her husband and a son, Charles “Chuckie” Snyder III.

Joan was a former member of St. Paul’s Lutheran Church, Streator.  She was a school bus driver in the Streator area and worked alongside her husband at Snyder’s Tavern.

She was an avid bowler and bowled on the Senior All Star League.  She was a past secretary of the Illinois Retail Liquor Association.

Joan loved her family and attended all of her grandchildren’s’ activities.

To order memorial trees or send flowers to the family in memory of Joan Snyder, please visit our flower store.