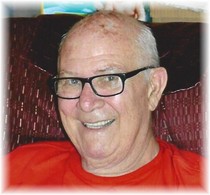 Jerry R. Pellegrini, 77, of Streator, died Sunday May 15, 2016, 4:17 PM at OSF St. Francis Medical Center, Peoria, with his family by his bedside.
Jerry was born May 7, 1939 in Seneca, IL to Fernet and Lillian (Bannon) Pellegrini. He married Joan Beavers on March 16, 1969 in Streator. She survives.
Also surviving are his children, Jerry (April) Pellegrini, of Alabama, Bonnie (David) Bradley, of Streator, and Tim (Ashley Lawrence) Pellegrini, of Champaign, his grandchildren, Jerry (Crystin) Pellegrini, Tom (Sara) Drysdale, Taylor (Josh Houch) Bradley, Elizabeth Bradley, Ally Pellegrini, Sophie Pellegrini, two great  grandchildren, Austin and Lucas Pellegrini.
His parents, two brothers, Donald and Harold Pellegrini and two sisters, Elaine Neinman and Irma Jean Martin, preceded him in death.
Jerry was a graduate of the Seneca High School.  He had served his country in the United States Army for 10 years during the Vietnam Era.
Jerry was raised in the Seneca & Marseilles area.  Jerry & his wife had moved to Canton, IL where he was the store manager for Brad Ragan. They had lived in Canton for 16 years. While there he was a former member of the Canton Country Club and a board member. They returned to Streator in 1995. He then went on to retire from Harry’s Tires, Wenona.
Jerry loved to play golf, hunt mushrooms and spend time with his family and grandchildren.
A memorial visitation will be held Thursday May 19, 2 016 from 5:00 to 8:00 pm at Hagi Funeral Home, Streator.  In lieu of flowers, memorials are requested to be made to the family to be disbursed at a later date.
To order memorial trees or send flowers to the family in memory of Jerry Pellegrini, please visit our flower store.