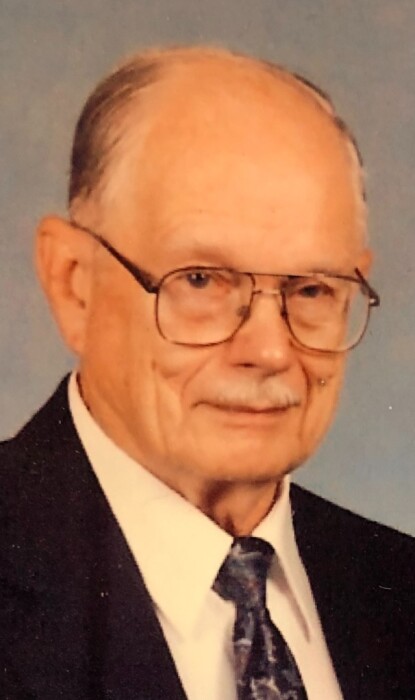 James D. Drysdale, 105 of Streator passed away Wednesday morning, September 30, 2020 at Heritage Health, Streator.  He was just shy of his 106 th birthday.

James was born November 1, 1914 in Streator, son of David James and Eliza (Allen) Drysdale.  He married Aleta “Sis” Redmen on October 10, 1936 in Streator.  He was married to the love of his life for 75 years before she preceded him in death on March 24 th , 2012. He was also preceded in death by his parents and a sister, Katherine Ranger.

He had worked at several places in Streator, including Claussen and Bond Machine Shop and ultimately retiring as the engineer for the Streator School district. He was the best handyman and could fix anything. During WWII he was recruited by the government for his engineering skills, appointed to manufacture machines. James was a lifetime member of the Park Presbyterian Church in Streator. He had strong faith in God, attending weekly services for a hundred years. Even after retirement he continued his commitment to his church, volunteering many hours a day providing his handyman work - installing a new bathroom, new windows, and other major remodeling projects – including installing a new roof at the young age 88 (against his daughter’s wishes).

He loved to tend to his garden and was an avid Chicago Cubs and Bulls fan.  He loved to read until his eyes wouldn’t let him anymore and then enjoyed listening to books on tape.

James had a quick wit and was famous for his one liner’s.  He loved his family most of all and treasured reminiscing of times past. His family loved to hear his great stories that encompassed a century of memories.  He loved to sing and he had a beautiful voice - he even wrote his own song.

There will be a private family service at a later date at Riverview Cemetery, Streator.  Cremation rites will be accorded.  Hagi Funeral Home is assisting the family with arrangements.

Memorial contributions may be made to Park Presbyterian Church or a charity of the donor’s choice.

To order memorial trees or send flowers to the family in memory of James Drysdale, please visit our flower store.