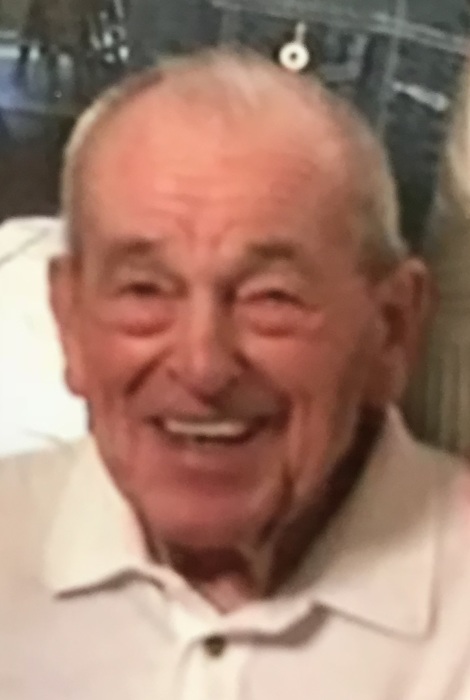 A visitation will be held from 9-11 AM Tuesday at the Hagi & Baker Funeral Home.

Funeral services will be held at 11:30 AM Tuesday at Holy Trinity Lutheran Church.  Rev. John Gutz will officiate.

He was preceded in death by his parents; a daughter, Lynn Missel; a great grandson, Lucas Missel; brother, James Lucas and a sister Lois Lucas.

He graduated from Streator Township High School in 1950.

He had been employed by Eby-Brown, the Santa Fe Railroad and retired from Airtite Inc. in Dixon.  He was a lifetime member of Carpenters Local 195.

He belonged to the Streator Veterans of Foreign Wars Post 1492, The Benevolent and Protective Order of Elks Lodge #591 and Holy Trinity Lutheran Church.

He enjoyed gambling, crossword puzzles, walking at the Armory and trips with his friends.

Memorials may be directed to Holy Trinity Lutheran Church.

To order memorial trees or send flowers to the family in memory of Jack Lucas, please visit our flower store.