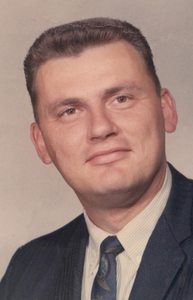 STREATOR-  Gene N. Chamberlain 78 formerly of Belvidere and Streator died Saturday evening (Aug. 24, 2013) at Rosewood Care Center, Elgin following a long illness.
Funeral services will be held at 11:30 AM Saturday at Hagi Funeral Home, Streator with Monsignor Philip Halfacre officiating. Visitation will be from 9:30-11:30 AM Saturday at Hagi Funeral Home. Burial will be in Hillcrest Memorial Park Cemetery, Streator.
Mr. Chamberlain was born Jan. 8, 1935 in Streator, the son of Russell and Edith (Messersmith) Chamberlain. He married Marcie Uratchko, June 16, 1956 at St. Stephen’s Church, Streator. She preceded him in death, Apr. 20, 1990.
Gene was a grade school principal at Sunbury Grade School, Sparland Grade School, and later at Lincoln Grade School, Belvidere from1972 until his retirement in 1992. . He was a member of the former St. Stephen’s Church and Knights of Columbus, both of Streator. Gene was an avid golfer most of his life, while at Streator High School, he was a track athlete and basketball player. After graduating from Streator High School in 1953 he played junior college basketball in Florida and college basketball at Kentucky Wesleyan. He earned his Bachelors degree from North Central College and his Masters from Bradley University.
He is survived by one daughter, Lee Ann (Brad) Gustafson, Caledonia IL, two sons, Gene (Jodi) Chamberlain, Elgin and Jeff Chamberlain, Rolling Meadows, three grandchildren, Meghan Chamberlain, Elgin, Hannah and Alec Gustafson, Caledonia, two brothers, Wayne (Judith) Chamberlain, LaGrange and Arnie (Linda) Chamberlain, Streator.
He was preceded in death by his parents, wife.
Memorials may be made to the American Cancer Society.

To order memorial trees or send flowers to the family in memory of Gene Chamberlain, please visit our flower store.