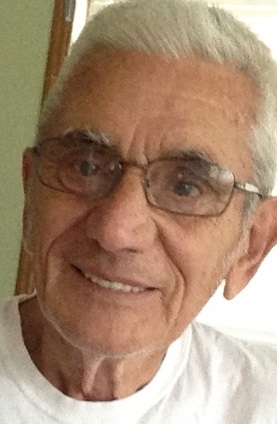 A visitation will be held from 4-7 PM Wednesday and from 10-11 AM Thursday at the Hagi & Baker Funeral Home.

Funeral services will be held at 11 AM Thursday at the funeral home.  Rev. Roger Davis will officiate.

He was born on January 9, 1938 in Ransom to Willis & Nettie (Shefield) Darm.  He married the former Sadie L. Bridgeforth in 1967 in Streator.  She survives.

He was preceded in death by his parents, and two brothers:  Glenn “Zeke” Darm and John Darm.

He graduated Streator Township High School and had worked at Owen’s-Illinois Glass and retired from U.S. Foods as a truck driver.

He was a member of the Nazarene Church and was a stock car fan and a Dale Earnhardt Sr. Fan.

Memorials may be directed to the American Heart Association.

Online condolences may be left and his video tribute seen at www.hagifuneralhome.com

To order memorial trees or send flowers to the family in memory of Gary Darm, please visit our flower store.