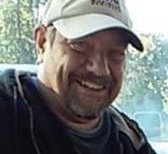 A visitation will be held from 2-4 PM Sunday at the Hagi & Baker Funeral Home.  There will be no funeral services.  Cremation rites will be accorded following the visitation.

He married the former Barbara Thompson.  She survives.

He is also survived by his sons:  Adam Sieg, Michael, Matthew, & Aaron (Stacy) Brockhum; one sister, Sandra Apfel, 11 grandchildren and many nieces and nephews.

He was preceded in death by his parents, grandparents; his mother-in-law and a brother.

He graduated from Gloversville, N.Y. High School and was worked at Martin Resources in Seneca as the Plant Manager.

Eric was an active bowler for many years.  He enjoyed fishing, hunting and golf.  He loved his family and grandchildren.

Memorials may be directed to the family for a memorial to be designated at a later date.

Online condolences may be left for the family and his video tribute seen at www.hagifuneralhome.com

To order memorial trees or send flowers to the family in memory of Eric Sieg, please visit our flower store.