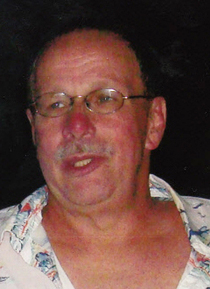 STREATOR-  Craig A. “Corny” Leonard 62 of El Paso formerly of Streator died Saturday morning (Dec. 27, 2014) at Northwestern Memorial Hospital, Chicago.
Memorial services will be held at 7:00 PM Tuesday at Hagi Funeral Home, Streator with Father Jacob Rose, officiating. Visitation will be from 4:00-7:00 PM Tuesday at Hagi Funeral Home.
Private family burial will be in St. Anthony’s Cemetery, Streator.
Mr. Leonard was born Feb. 28, 1952 in Streator the son of Theodore and Frances (Shedd) Leonard.
Corny had been employed as a laborer and was of Catholic faith. He attended St. Anthony Grade School and was a graduate of Streator High School, class of 1970, he was also a graduate of Mattoon Community College and attended Illinois State University. He was a member of Laborers International Union Local 996.
He is survived by one sister, Sally (Tim) Mustered, Urbana, two brothers, Terry (Vicki) Leonard, and Mark (Pam) Leonard both of Streator, one sister-in-law, Terry Cass, Ashkum, six nieces, three nephews and ten great nieces and nephews.
He was preceded in death by his parents and a half-brother, Bryan Cass.
Memorials may be made to American Liver Foundation or to the donor’s choice.

To order memorial trees or send flowers to the family in memory of Craig Leonard, please visit our flower store.