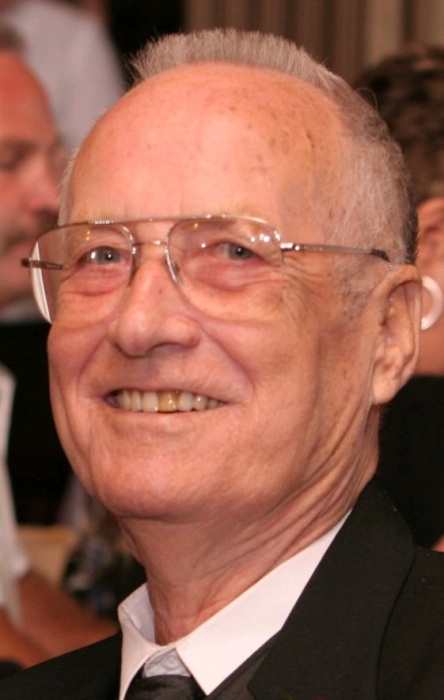 Carl Allen Erickson, 90, of Marseilles, IL passed away on November 8, 2018, at Morris Hospital, with his loving family at his side.  Carl is now reunited with his beloved wife of 64 years.  Carl and Mary, “Lived together in happiness and will rest together in peace.”

He graduated from Seneca High School while serving in the United States Navy during World War II.  Carl was an amazing, intelligent man, building his first motorcycle at the age of thirteen.  He was employed at the DuPont Plant in Seneca, while also working with the Civil Defense part-time.  Carl retired from DuPont, but continued to work as a consultant for many years, traveling around the world, leading plant start-ups.

Carl loved to spend time with his family.  He enjoyed traveling with his wife every winter.  He loved tinkering on his farm, working on his tractors, woodworking and macramé projects.  He was a member of Our Savior’s Lutheran Church in Seneca and the Seneca American Legion.  He was well respected and loved by his family and friends.  He always had a smile on his face and all who knew him appreciated his sweet personality.

He was preceded in death by his wife, Mary; son, Jeffrey Keith; parents; one brother and three sisters.

Visitation will be held on Sunday, November 11th from 3 p.m. to 6 p.m. at Our Savior’s Lutheran Church in Seneca.

Funeral services will be held on Monday, November 12th at 1 p.m. at the church, with Rev. Kris Zierke officiating.

Pallbearers will be his grandsons: Jonathan and Scott Erickson, Travis and Carl Libby, Brandon and Chandler Spier, Bryce Duncan and Adam Peterson.

Interment will be at Mt. Hope Cemetery in Seneca with full military rites.

Memorials may be directed to Our Savior’s Lutheran Church in Seneca.

Online remembrances may be shared and his video tribute seen at www.hagifuneralhome.com

The Hagi & Baker Funeral Home in Streator is in charge of the arrangements.

To order memorial trees or send flowers to the family in memory of Carl Erickson, please visit our flower store.