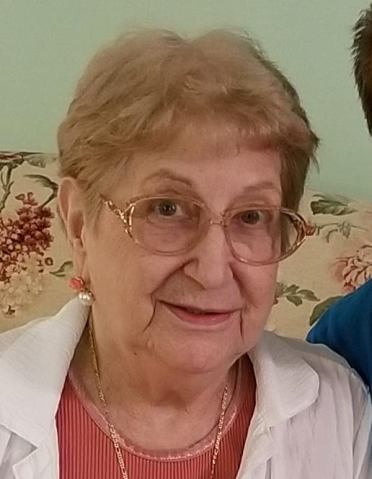 Visitation will be at Hagi Funeral Home in Streator, Ill on Thursday, February 13th from 1-2 pm with funeral service at 2 pm.  In lieu of flowers, memorials may be given to the OSF Richard Owens Hospice Home in Peoria, Illinois.

Bonnie was born 13th of 16 children in Streator, Illinois on February 4, 1939 to Arthur and Goldie (Hampsten) Roberts.  Bonnie met and later married Lee Spicer on September 9, 1956. The couple lived in Streator for several years before heading out to California where they resided for 6 years.  After returning to Streator Bonnie attended nursing school and attained her LPN degree in 1974.  Bonnie was employed at St. Mary’s hospital in Streator where she worked for over 20 years and up to when her husband Lee passed away in 1999.

After Lee’s passing Bonnie moved to Florida to start a new life finishing out her 35 years of nursing and eventually retiring.  In 2008 while in Florida she met and married her second husband John Gracz, a retired electrician.  John was an active retiree and kept Bonnie just as busy with several social circles, including and working as a hospital volunteer organization called H2U (Health to You).  Bonnie remained in Florida until John’s passing in 2018 after which she moved to Colorado to be by her daughter Debra and her husband.  Unfortunately, she discovered that the high mountains, curvy roads, and altitude weren’t her ‘cup of tea’ so she decided to move back to her home state of Illinois to be by her son Russell and his wife.  She had lived at Independence Village in Peoria for 18 months in her own apartment.

In her retirement Bonnie loved to play bingo, playing a family marble board game, poker, going on cruises, slot machines, and cards.  She dabbled in gardening, made stained glass art, and enjoyed visiting friends and family, along with dining out at her favorite restaurants.  Bonnie will be missed by all of her family and friends.

To order memorial trees or send flowers to the family in memory of Bonnie Spicer-Gracz, please visit our flower store.