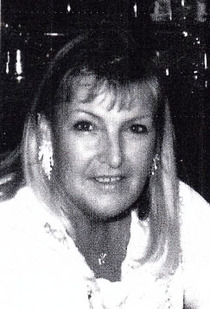 JONESVILLE-  Armella Marie “Mel” Conness 71 of Jonesville formerly of Tonica and Streator died Tuesday (Dec. 31, 2013)  at the OSF Richard L. Owens Hospice Home, Peoria.
Funeral services will be held at 10:30 AM Saturday at Hagi Funeral Home, Streator. Visitation will be from 8:00-10:30 AM Saturday at Hagi Funeral Home. Burial will be in Lostland Cemetery, rural Streator.
Armella was born May 29, 1942 in Streator the daughter of Michael “Chet” and Lucille (Zelenack) Conness.
Mel had been employed as a beautician for forty years and was employed at Ancare Veterinarian Clinic, LaSalle since 1999. She was of the Catholic faith and had been a lifetime member of the American Quarter Horse Association, and American Paint Horse Association. She was a 4-H leader for many years and had started the Royal Rangers Mounted Drill Team that traveled and performed at numerous events. She was a graduate of Marquette High School, class of 1960.
She loved her horses, Australian Shepherds, gardening and country music.
She is survived by one daughter, Tamara Rouse, Toulon, three sons, Brian (Maria) Payne, Oglesby, Jeff (Christi) Sams, Decatur and Brett (Theresa) Brittingham, Janesville WI, fourteen grandchildren, one great granddaughter, her father, Michael “Chet” Conness, rural Toluca, one sister, Mary Lou Bartoli, rural Wenona and one brother, Chester Michael (Debra Ann) Conness, rural Lostant also a special friend, Darryl Lasik, Jonesville survives.
She was preceded in death by her mother.
Pallbearers will be grandchildren, Kaley Rouse, Michael and Christopher Payne and Kamry Brttingham, nephew Brad Bartoli  and friend Richard Vecchi, honorary pallbearers will be grandchildren, Jared Rouse and Garett Brittingham.
Memorials may be made to her family.

To order memorial trees or send flowers to the family in memory of Armella Conness, please visit our flower store.