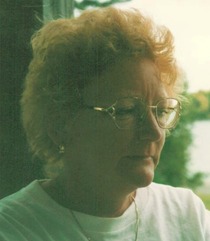 The chair where she sat in the morning sunshine in her beautiful home is empty now, her voice stilled and she is gone.  Angela M. Reinbolt left this earthly realm after a lengthy illness at age 59.
First child of her parents Dale J. and Nancy F., she was born June 28, 1955, and five siblings followed her.  A crusader and high achiever, she set the standard high for her brothers and sisters.  Angela, that golden haired beauty, was a graduate of Burnham Junior High School, and Sylvania High School in 1973, where she excelled in every advanced class that was offered.  She then proceeded to Miami University in Oxford, Ohio, where she received a Bachelor of Science in Business degree, with a major in Accounting, where she also excelled academically.  She was a Resident Advisor in a large dormitory during her Junior and Senior years at Miami.
Upon graduation from Miami, Angela began a rewarding career of 30 years beginning with Owens-Illinois, a local, Toledo, Ohio based company, and later O-I’s subsidiary Owens-Brockway, the glass container division.  With the support of her dedicated spouse David Drapp, she endured six relocations with O-I from Toledo, Ohio, to Bridgeton, New Jersey, to Gresham, Oregon, to Atlanta, Georgia, to Perrysburg, Ohio, and finally ending in Zanesville, Ohio, at which point she retired.  She responded to each employment relocation with her characteristic resilience and adaptability.
Angela’s principal interests outside of her dedication to her work were her home (which was always impeccably maintained), socializing with friends, gardening, reading, traveling, and learning.
Angela was such a commanding, enlightening, intelligent, interesting, generous, and intense presence that she leaves a very large void for quite a number of people.  She was a genuine gift and will therefore be missed greatly by many.
She was predeceased by her loyal husband David Drapp, her father Dale, her brother Alan, and her sister Mary, who loved her dearly.  She is survived by her mother Nancy, her brothers Jacob and Russell (all three of whom reside in San Diego, CA), her sister Rachel, in Portland, ME, and other relations, including nieces, aunts, cousins, and three step children.
Memorial services will be held at 7:00 PM Friday June 5, 2015 at Hagi Funeral Home with Monsignor Philip Halfacre, officiating. Visitation from 5:00-7:00 PM Friday June 5, 2015 at Hagi Funeral Home.  Those wishing to do so can make a gift in her name to any health cause they choose, particularly blood diseases.

To order memorial trees or send flowers to the family in memory of Angela Reinbolt, please visit our flower store.