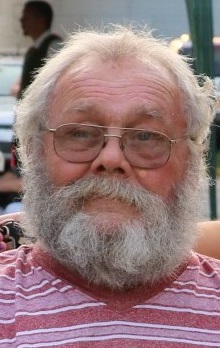 Alan E. “Hoot Owl” Cox, 68, of Streator passed away at 3:36 AM Tuesday (November 28, 2017) at O.S.F. Center for Health from injuries he suffered in a fire at his home in Streator.
A visitation will be held from 11 AM – 1 PM Friday at the Hagi & Baker Funeral Home.
Memorial services will be held at 1 PM Friday at the funeral home.
Inurnment will be in Phillips Cemetery at a later date.
He was born on November 20, 1949 in Streator to Edward & Faye (Allen) Cox.
He is survived by a daughter:  Deanna (David) Davis of Long Point; grandsons:  Jaysen & Justen McMenamin and two sisters:  Linda (Jeff) Turpin of Streator and Cindy (Reynaldo) Mascote of Streator.
He was preceded in death by his parents; a son, Alan Edward “Eddie” Cox II and a brother, Craig Cox.
He attended Woodland High School and had been employed by Streator Brick as a machine operator.
He liked to drink beer.
Memorials may be directed to his family.
Online condolences and remembrances may be shared at www.hagifuneralhome.com

To order memorial trees or send flowers to the family in memory of Alan "Hoot Owl" Cox, please visit our flower store.